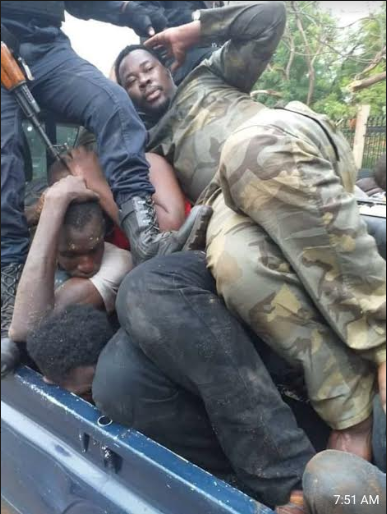 On Friday July 10, 2020, more than a million of Malians took to the streets of Bamako, the capital of Mali, and all major cities, to demand the resignation of President Ibrahim Boubacar Keita. Under the order of his administration, Malian security forces shot real bullets on nonviolent protesters. During this peaceful rally, many people were arbitrarily arrested and other kidnapped, including members of the civil society and key opposition leaders. As of Saturday July 11, over a dozen peaceful demonstrators were killed and a hundred injured, including women and children.

President Ibrahim Boubacar Keita was reelected in 2018 for a second term of five years following an election which is still being contested by the vast majority of Malians. The aftermath of this rigged election led the country into an unprecedented crisis.

After leading the country for seven years, President Keita failed to deliver on his campaign promise to bring peace and security to Malians. 80% of Malian territory is currently occupied by terrorist groups and drug traffickers. Many villages were destroyed and over 6,000 civilians killed since Keita took office.

Furthermore, on March 25, 2020, Honorable Soumaïla Cissé, the main opposition leader, was kidnapped by unidentified gunmen while on campaign trail for the recent parliamentary elections, near his native village of Niafunké in the region of Timbuktu. His well-being and whereabouts are still unknown, which increased the frustration of the Malian people.

In 2019, more than $2.1 billion USD earmarked for the acquisition of military equipment vanished under the administration of Ibrahim Boubacar Keita and no one was held accountable. Half of the population cannot afford one meal a day, schools have been closed for more than six months, the health system has deteriorated substantially, and most of the youth are unemployed and hopeless.

Malian Americans in the US are very concerned about the current turmoil in Mali. We appeal to the United States government to urge the Malian authorities to immediately stop brutalities against innocent and peaceful populations. We appeal to the United States government to invite the United States Ambassador to Mali to exercise restraint and to advise him to remain neutral so that the people of Mali do not find him complicit in the crimes committed by the Keita’s regime. We demand the immediate release of those who were arrested or kidnapped and that human rights be respected. If nothing is done, the Republic of Mali will sink into a civil war that would destabilize the entire Sahel region. A more stable and peaceful Mali is in the interest of the national security of the United States, its partners and allies in Africa.