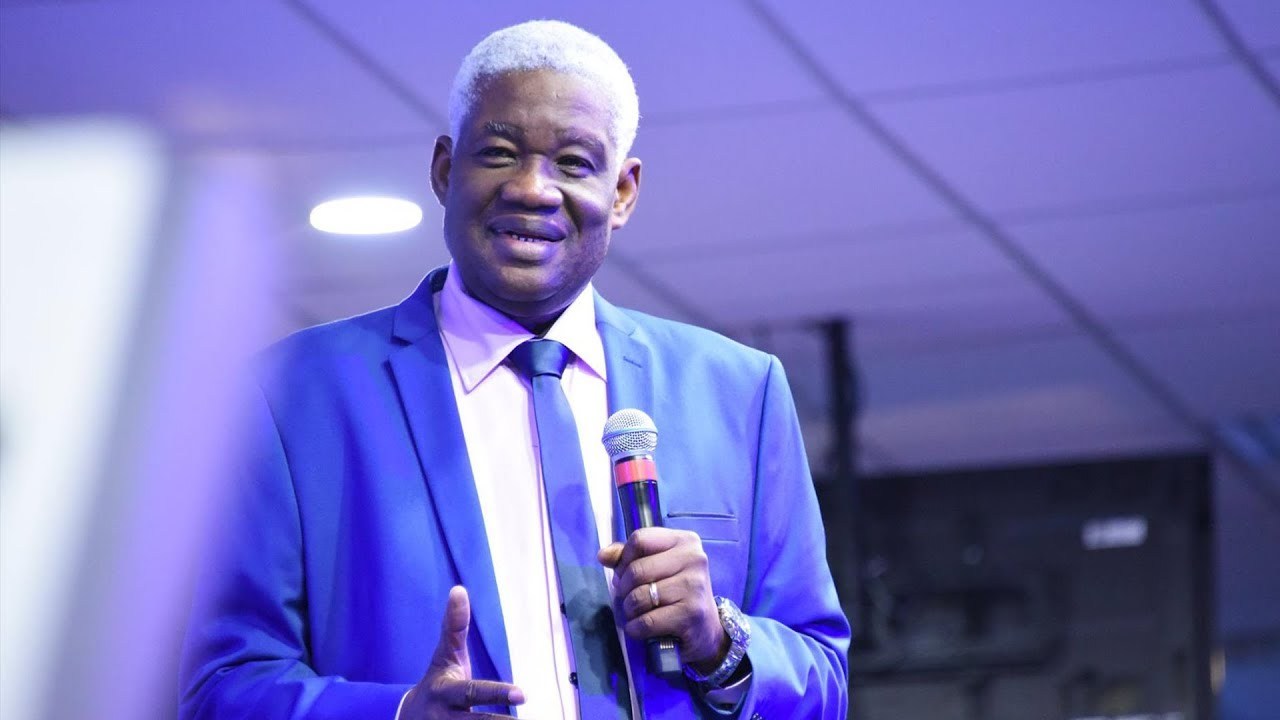 Born into a Muslim family and grew up studying the Quran, nothing in his earliest life foretold that a young man named Mamadou Karambiri will become a christian, a Pastor or Minister of God. Yes, he did.

Pastor Mamadou Karambiri 71, is a prominent evangelical figure. He is well known not only in Burkina Faso his native country, but also all over the world where he very often travels to spread the word of God. He has been listed in 2010 by a French mainstream christian newspaper, “La Croix” as one of the ten voices “that counts in the evangelical’s planet.”

Graduated in 1975 from University of Toulouse in France with a PhD in economics studies, Karambiri decided to go back to Burkina Faso “to give to Caesar what belongs to Caesar.” In other words, he worked for his country, which granted him a scholarship to study in France, before accepting God’s call as His servant. He was indeed, hired as CEO (chief executive officer) of three big companies: Office National du Commerce Exterieur, where he was responsible of promoting trade, Faso Fani (he was Director of marketing), and Faso Yaar (he was general Manager).

It was a major surprise when Karambiri resigned from his high paid jobs after serving his country for more than 10 years. “I have simply answered God’s call after Jesus – Christ revealed Himself to me three times in my student’s room in Toulouse (France) when he said to me, ‘behold, I have destroyed the devil’s work and I have given you all the power to overcome the enemy,’” he said. According to Karambiri, it was a tough decision to make since he was running away from money, honors, and promotions; the pressure from the family, which was relied entirely on him was another issue as well. “So, I did not become a Pastor for pecuniary advantages,” he said. “Being a Pastor is not a paid job.”

Karambiri is the Founder of the “Centre International d’Evangelisation” (International Center of Evangelization), which has its headquarter in Ouagadougou, Burkina Faso. The International Center of Evangelization is a ministry of evangelization, teaching, prayer, and compassion. It has more than 800 locales churches in Burkina Faso and has sent missionaries in 13 other countries in Africa, France, Belgium, Italy, and USA as well. Karambiri is also the founder of a TV channel called “Impact TV,” and the first “Prayer Tower” in the francophone world. Hortense Karambiri his spouse is a very help. She is also a Pastor.

If Pastor Mamadou Karambiri is known as a Minister of God who is announcing the Gospel, he is also known as a man who is standing for peace, and tolerance. He never hesitated to follow the example of Jesus – Christ his Lord who is called the “Prince of peace” and who said, “love your neighbor as yourself.” As Burkina Faso is in turmoil with multiples terrorist attacks after the 2014’s insurrection, Karambiri has decided in 2018 to make awareness tours around the country, to call for peace, tolerance, patriotism, and to encourage people to be good citizens. He brought the same message to people of Mali, a country, which is not only sharing its borders with Burkina Faso, but also its fate.

When he was asked, what is the genuine formula that is fit in Burkina Faso for a real peace as Burkinabé struggled to find a common ground to live peaceful together as one Nation, and one people? In fact, there are those people who are raving about forgiveness and reconciliation, and others are standing for justice. “I think in my humble opinion, it is necessary to consider a dose of these two formulas,” Karambiri said.

He is very cautious when talking about politics. “I am not a politician and I do not wish to engage myself in a political debate,” he said. May be the reason why he does refuse to comment on the case regarding Auguste Denise Barry, a brother in Christ who is alleged to destabilize the government. He only said, it is the justice department to prove the allegations. Same cautiousness regarding another brother in Christ the General Yacouba Isaac Zida, who after being a Premier Minister in the transitional government, fled his country to seek asylum in Canada. “I think he has may be good reasons to seek asylum. He alone can answer that question,” he said.

However, Karambiri opined when Donald Trump the actual president of the United State of America has allegedly said countries in Africa are “shithole countries.” “The expression ‘shithole countries’ is an insult,” he said. “Africans are offended by the words of the president Donald Trump who is not wrong. Africa is still at the crossroads after fifty years of independence. It is still very far from being self – sufficient despite its rich topsoil and very generous subsoils. Some African leaders and their local and Western collaborators are more concerned to loot their country and fight to stay ad viternaem in power.”

Marriage of same sex couple in some churches in America is a dire truth. Karambiri suggests that homosexuality may be also a fact in Africa since “certain organizations fund only projects that consider homosexual people.” “Homosexuality is a sin,” he said. “God hates homosexuality but loves homosexual people; a homosexual who accepts the Lord Jesus – Christ as his/ her Lord and Savior, and who is born again must be admitted in church to be taught so that he/she abandons the perverse life and follows the will of God.”
Karambiri is a father of 4 children: Sarah, Samuel, Anne Daniella, and David.