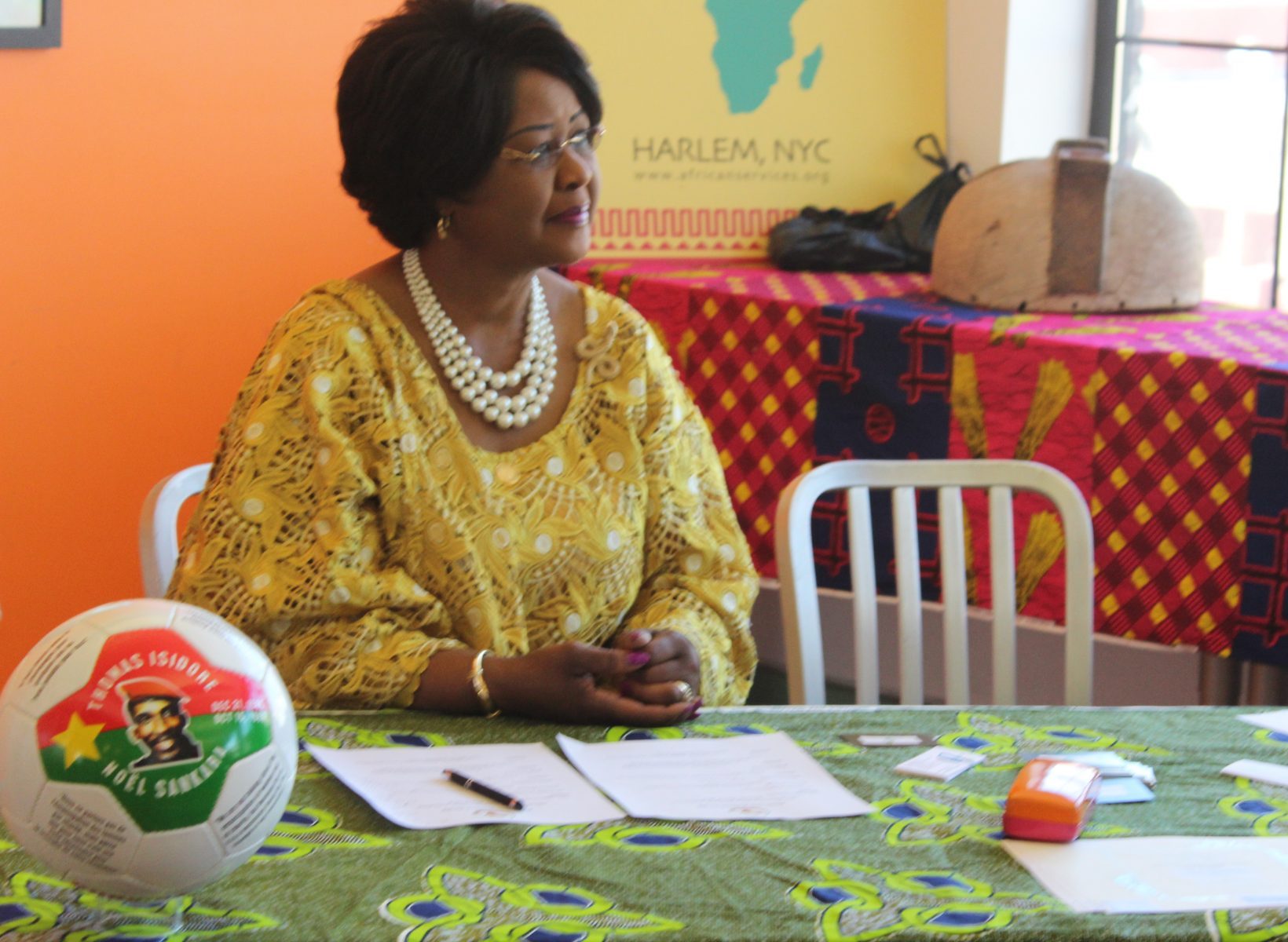 “I have the honour to inform you that, in line with the terms and  conditions of service governing your appointment as Permanent Representative of the African Union Mission to the United States of America in Washington DC, I have decided to terminate your contract in that capacity with effect from 1st November 2019,” said a letter sent to Ambassador Arikana by The African Union Chair, Chadian-born, H.E. Moussa Faki Mahamat.

I was shocked as I read the pathetic letter. However, I was not surprised. I have had the opportunity to cover in May 18, 2019 in Harlem a conference where  Ambassador Arikana has addressed the keynote. Yeah, I was stunned as she was spoken  publicly against the neo – colonialism in Africa. “Before democracy, “ she said, “Africans leaders were not elected; they just did coups with the help of their European peers,”  adding that “they don’t do coups now, they create instability.” “We negotiate with those who create instability in Africa,”  she said as she was talking about Burkina Faso.

When I heard those things, I was wondering if she forgot she is a diplomat. In the real world, she is a doctor, a scientist. She does not have a diplomat skill. However, she might know that diplomats are in general  trained to tell lies, to cover up the truth, to turn their tongue twice before saying something.

Ambassador Arikana is the right diplomat for the people, but the wrong person for the diplomatic world, which looks like  a system in which secrecy, and opacity intertwine smoothly for the bliss of those who govern us, and for the distress of the people. She is a fervent advocate  for the total independence of Africa. She wanted her voice to be heard. She came many times in New York not to stay in closed doors, but to be very close to people, the African people abroad: the African diaspora. She was in Harlem, the historic black neighborhood. She also went to other boroughs in New York. She said the freedom of Africa is in the hands of African diaspora. She had the willingness to meet with all African communities. However, she was hindered to do so by some  few people who surrounded her.

According to National Telegraph an online news outlet, “the decision to sack ‘Ambassador Arikana’ has been partly blamed on her bold speeches against colonialism especially against France,” as she said that “France is responsible for the siphoning off of $500billion from African continent yearly.” She had a big vision for Africa. Besides a “special passport for Ex-African slaves and the urgent establishing of a single currency for Africa,” she was dreaming about an Africa that will function like Europe. When I asked her if she believes in one Africa, one president, she said,  “logistically no,” adding that “Africans need to focus on trade, improve the economy, and get rid of barriers.”

Overthrowing Ambassador Arikana is a failure for the African Union as one of the primaries aims of the Union is to eradicate all forms of colonialism and neo – colonialism in Africa.  In the African Union  first ever conference held in May 1st 1963, in Addis Ababa in Ethiopia, the Gambian – born Alieu Ebrima Cham Joof, a nationalist and a Pan – Africanist was worried about that failure in a speech as he said: ” “It is barely 75 years when the European Powers sat round the table in Germany each holding a dagger to carve up Africa for its own benefit.… Your success will inspire and speed up the freedom and total independence of the African continent and eradicate imperialism and colonialism from the continent and eventually neo-colonialism from the globe… Your failure, which no true African in Africa is praying for, will prolong our struggle with bitterness and disappointment. I therefore adjure that you ignore any suggestion outside Africa and holding that the present civilization, which some of the big powered are boasting of, sprang up from Africa, and realizing that the entire world has something earthly to learn from Africa, you would endeavor your utmost to come to agreement, save Africa from the clutches of neo-colonialism and resurrect African dignity, manhood and national stability.”

Now, there is a petition to be signed to reinstate Ambassador Arikana. The outcome of that petition will depend on how feminists, African diaspora, and African communities in the USA will abide.