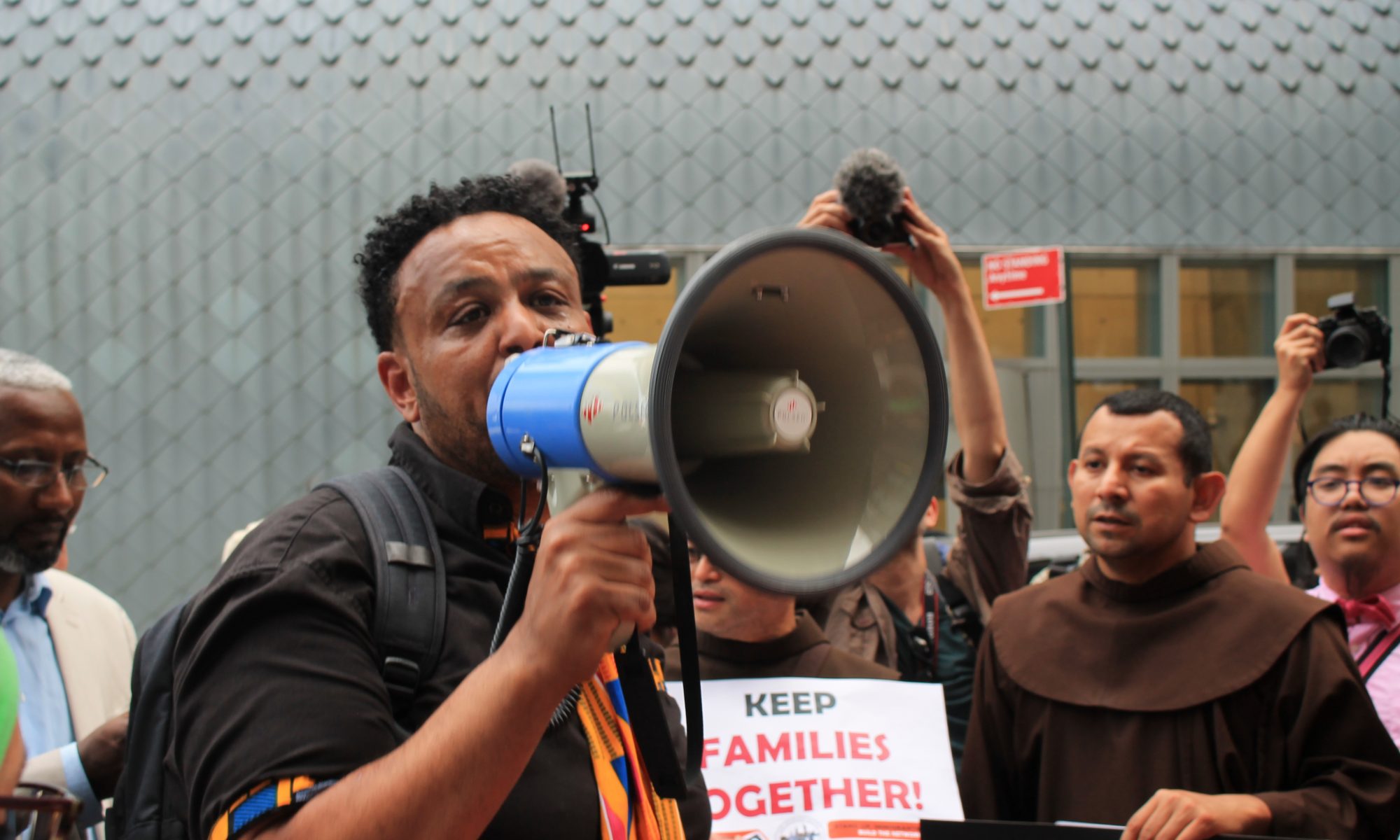 World Refugee Day, which is held every year on June 20th was celebrated in New York in a particular  way as many organizations took the streets to express solidarity and show support  to families forced to flee their countries because of wars, and other catastrophes, and to denounce the Trump administration’s policies on immigration.

African Communities Together, which initiated the march along with other organizations was able to mobilize hundreds of people who marched from Bryant Park – 42nd street and 5th avenue to Trump World Tower, which is build  face to the United Nations, and then to Dag Hammarskjold plaza, on 47th street and 1st avenue,  to express their outrage. 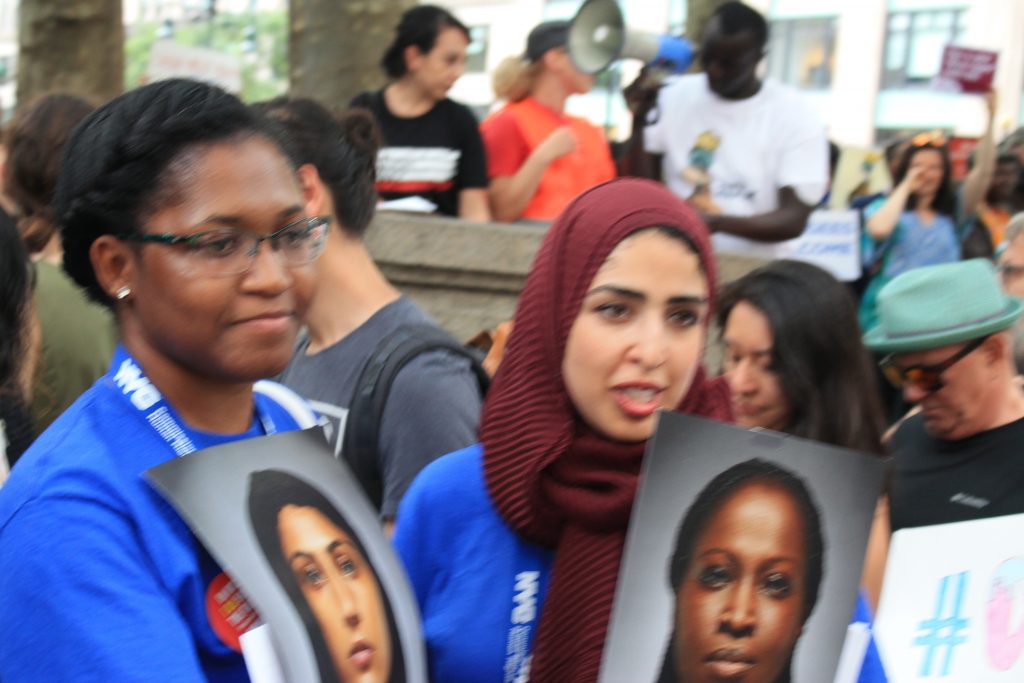 “No hate, no fear, refugees are welcome here,” the crowd sang as they marched brandishing placards, which displayed words that support immigrants or refugees.The particularity of World Refugee Day this year was that it was celebrated in a crucial moment for immigrants in the United Stated of America as President Donald Trump’s administration has  toughened  immigration’s laws in the country.“We know their intention from the beginning. It is to ban Muslims to enter in this country,” said Albert Fox Cahn, legal Director of Council on American – Islamic Relations.

Standing up  in front to the United Nations, the crowd kept singing: “No ban, no wall, justice for all.” Then there was a moment of  checking lists  and prayers. The checking lists consisted to call names of those who died either they commit suicide or  were killed  after deportation. “ We will fight for you, we will not forget,” said the crowd as they call the names of the dead people. And then Rabbi Michael Feinberg of Greater New York Labor – Religion Coalition prayed for all those who died as victims of immigration policies. A prayer he said, “traditional Jews prayer,” and which they usually do in such circumstances. 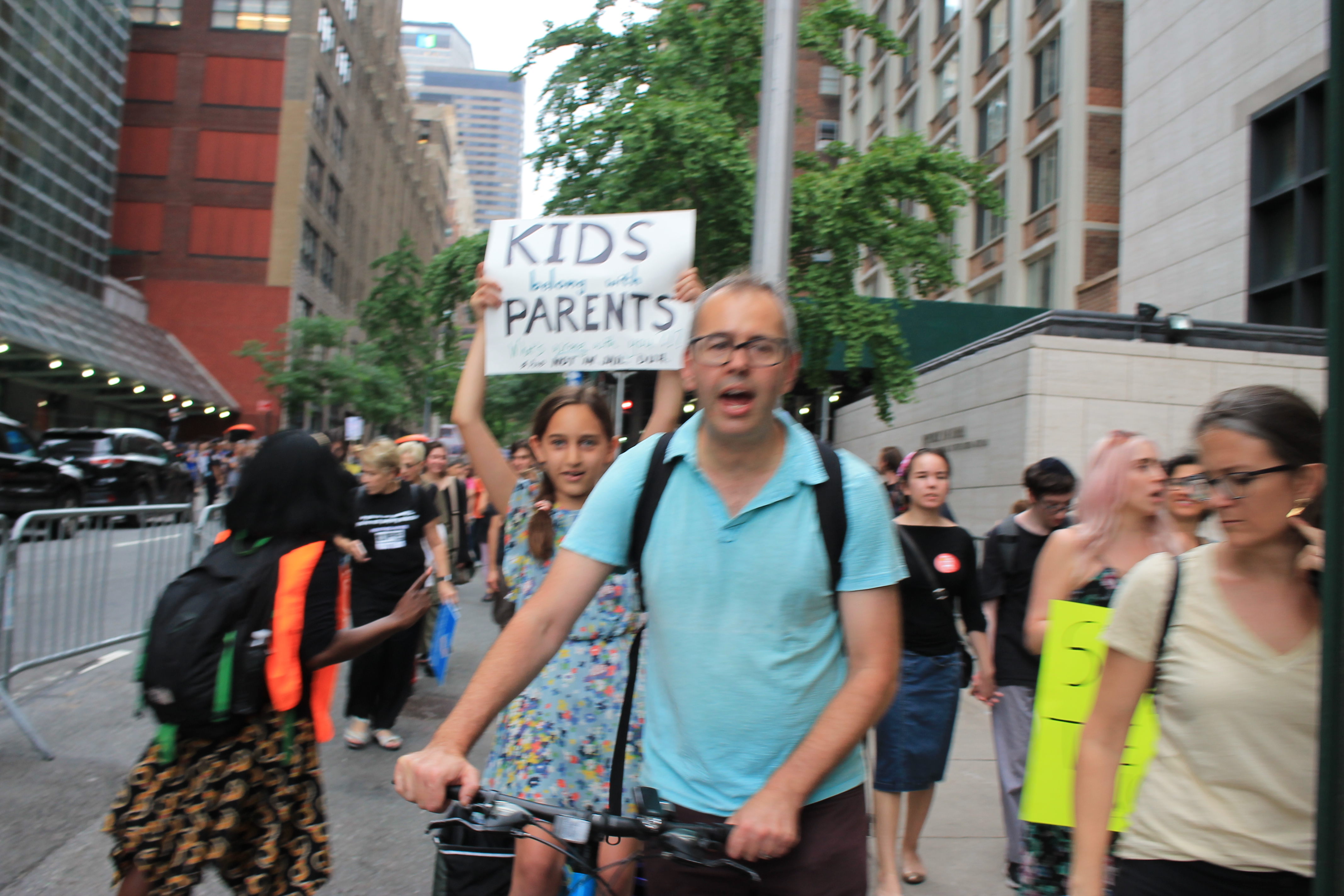 Then the marchers moved to Trump World Tower. Standing up  in the front of  the giant building, they cried out about 10 minutes “shame.”

Then they rallied at Dag Hammarskjold plaza, on 47th street and 1st avenue, where 85 pair of shoes were laid on the ground. “ The 85 pair of shoes represent 85,000 refugees turned away by Trump’s administration,” said Amaha Kassa executive Director of African Communities Together.

They prayed and delivered speeches. The leader of the Minkwon Center for Community Action rang many times a bell according  to the Asian traditions and  prayed for those who lost their lives. He said that human beings are legal and seeking for Asylum is not illegal.

“As Jews we know a lot  when people are called animals” said  Susanna Both of Jews for Racial and Economic Justice. 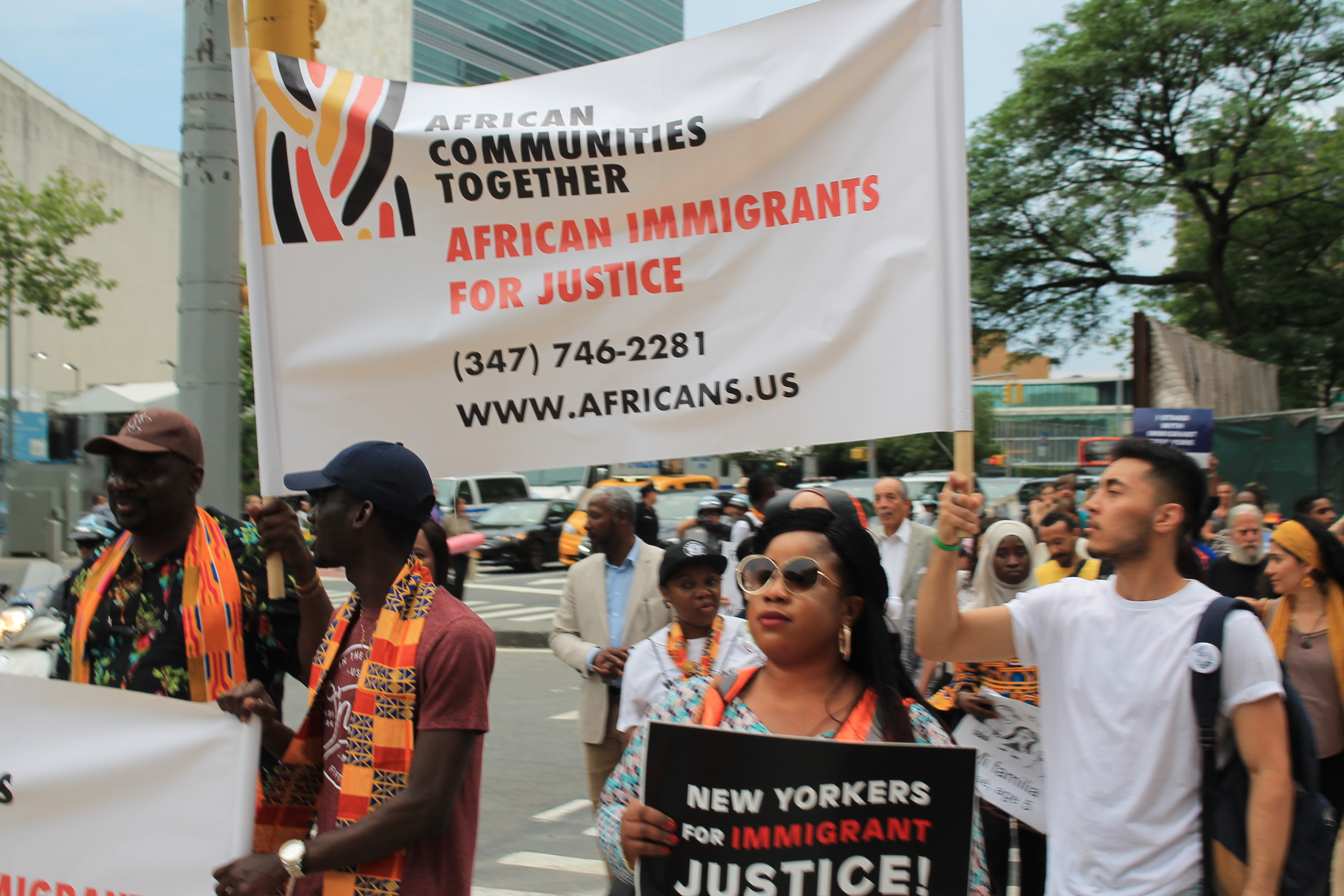 World Refugee Day was celebrated this year as Trump Administration had ordained to separate children from their immigrant parents who tried illegally to cross U.S. – Mexico borders. President Trump under fired  signed on Wednesday an executive order to end that policy. “ This is the first step,” said Kassa. “The next step is to do not detain refugees for long time.”